A backpack charity event for children at Allman Town Infant School and Salvation Army School for the Blind in Kingston was on Friday stalled, after administrative hiccups at the Jamaica Customs Agency resulted in goods not being cleared.

The event — Backpack GLOBAL 2018, planned by Tanisha Colquhoun, founder and director of Texas- based Happy and Bilingual Foundation and Happy and Bilingual Language School — should have seen the children receving school bags, school supplies, text and writing books, plus the school getting seven iPads. But, a request from Customs dampened the festivities.

“We went before start time with the paperwork that they said was needed. Along the journey there were more things being requested as we go along. Apparently, the information that is out there is not entirely clear and so it may have changed or there is stuff we don’t know. After 2:00 pm we had to leave after failed attempts to get the supplies. Their guidelines on the website are there and I think it’s very clear, but I didn’t see anything about the organisation having a Tax Compliance Certificate (TCC). What we were told is that the receiving foundation had to be registered. We ensured we sent copies of the documents they asked us for. Then we were told that the originals are needed. When we couldn’t locate the originals we were told as long as we have a signed copy. Well, it turned out we needed the originals. We got it, then were told they were on their way with the supplies. Then we were told there can’t be any transfer without the tax information; then we found out that Kiwanis Foundation of Jamaica are in the process of getting their TCC, they don’t quite have it. Next time at least we will know the foundation not only has to be registered but also have TCC. We’re in the process of registering Happy and Bilingual in Jamaica but we’re not done yet, so for this trip we knew we needed a registered foundation which is why Kiwanis Foundation of Jamaica is the recipient,” Colquhoun explained.

Venisha Johnson, representative from Kiwanis, said had they known that a TCC was required, the documentation would have been present.

“In the conversation initially we said we didn’t have the TCC because we got approval, meaning our documents, this week. Persons were there since 8:00 am. We got the call after 1:00 pm. If we had got the information earlier, seeing persons have been out there since 8, we could have gone and got the documentation today (Friday) through expedited means,” a disappointed Johnson said.

“I am very disappointed. When you get the documentation, check it right away. Don’t just go through and one by one you’re telling us oh you need this and that. Every single thing needed for the TCC we could have started sourcing from 8:30 am. But when you tell us after 1:00 pm after we’ve been back and forth it forces us on the backfoot. So now, instead of handing over the items, the children just ended up having a fun day, and we will have to plan another event to hand over the stuff. This experience has taught us what we need, so next time we will ensure we have every single thing and hopefully they don’t add anything else to the list,” Johnson stated.

“It’s definitely disappointing, because Jamaica needs the avenue for returning residents and humanitarians to be able to come here and pour resources, aid that’s needed. We’re not trading or doing anything for sale; it is for the children and youth. There are so many forms of volunteerism where resources can build up the communities, and we don’t need blockades nor red tapes. Yes there has to be a system of verification, but the system of verification can’t be of such where it makes parties disinterested or seek other avenues to relay their resources. People always want to give back, but if Jamaica continues to create blockages people won’t bring their resources here, and that’s sad,” Colquhoun said.

But, despite the setback, she vowed to continue giving back to Jamaica.

“I will always bring resources here, no matter the blockade. It is my country, this is something I will continue to do — but I want my colleagues and peers to want to do it too. We want Happy and Bilingual Foundation to inspire other foundations to come here to create other foundations, to continue to serve, build Jamaica, grow Jamaica,” she said. “We’ve heard of people who don’t come to Jamaica any more because they don’t want to go through the process, but the goal is the children. I’m disappointed but not discouraged. We’ll be back in November for our Christmas event. I am motivated and hope others will remain motivated too, as the more we pour into their lives the more we build our communities.”

In May 2017 Happy and Bilingual Foundation hosted an event called Backpack GLOBAL 2017 in Trench Town, Jamaica. The foundation shipped 200 backpacks and school supplies that benefited two hundred children at two schools in the community.

Friday’s event, sponsored by Tastee Jamaica, Gaelle Cosmetics, 876 Sounds, and a number of US businesses would have seen children receiving educational books exposing them to Spanish in addition to supplies necessary for school.

The tablets, equipped with the software Whiz IQ, would facilitate an exchange between mentors and native speakers of Spanish, with children in the classroom setting.

“It’s available at other schools [so] why shouldn’t they have a fighting chance? A child’s access to education should not be contingent on their economic lives. It doesn’t matter if their parents are haves or have nots, they should have access to the best education. The next prime minister or Harvard graduate can be from these areas,” Colquhoun said.

She pointed out that she chose Allman Town mainly because of the principal’s dedication.

“Some children come here and the only meal is what they have at school. She stays later, she works harder, and it fits within the bracket of communities who may not have it. We wanted to ensure the need goes to communities where there are people who lay down their lives every day for education and the well-being of children. It goes into the hand of well-meaning people who ensure resources are used for their betterment,” she said.

The principal, Dorothy Mason Balmer, though also disappointed, expressed gratitude to the team from Texas for their philanthropic efforts and explained that the supplies will make a huge difference, as majority of the community’s parents are unemployed.

“Many are unable to find the necessary resources for the learning environment. Those going off to primary school, these items will be a great benefit to them, and for the ones coming back to us next term it will help in the teaching/learning process. Happy and Bilingual is an awesome foundation and we thank Tanisha for her services and for giving back to Jamaica,” Mason Balmer said.

Further, she said she remains committed to early childhood education and serving the community of Allman Town.

“It’s something I have always wanted to do since I was a young lady. I started working as a para professional, I did the youth service programme, then went to college [and] got training. I have been working with children in the inner-city for many years now and it’s just my passion to watch them grow and watch them achieve, despite their social background,” she said. 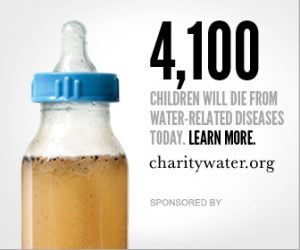 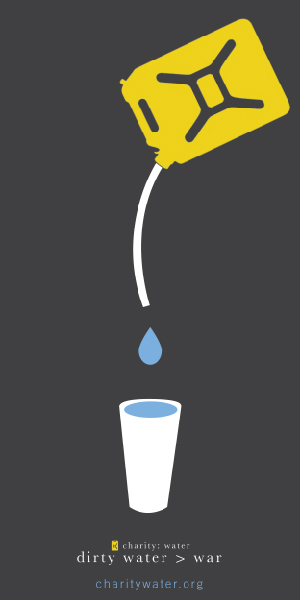